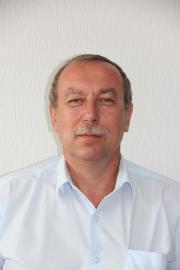 His total record of service in the industry is more than 30 years. Oleksandr graduated from Taras Shevchenko National University of Kiev in 1986 with a degree in Geophysics and qualification of engineer-geophysicist.

Oleksandr Bezkhyzhko started his professional career immediately after graduation in 1986 in “UkrGeofizRazvedka” Trust (later SGC “Ukrgeofizika”) and passed the way from an engineer to chief-geophysicist of the Interpretation Department. He worked on a problem of geophysical interpretation of seismic data acquired in the DDB and other regions of Ukraine.