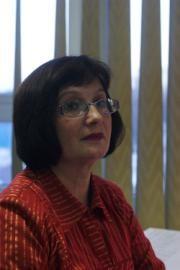 Galina Markova works in geological industry since 1976. For the first years of her career she worked at Kiev Branch of Ukrainian State Geological Research Institute, later she joined SGC “Ukrgeofizika” holding the positions from Technician Geophysicist II to Leading and Principal Geophysicist at their Research & Production Division. Since 2010 to present day she works at U.B. Seismic Ukraine.