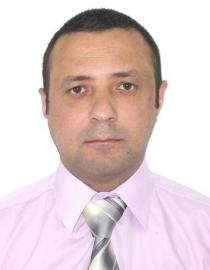 Total record of service is more than 20 years. Since 1997 to 2011 Kostiantyn worked at Chernigov Branch of Ukrainian State Geological Research Institute holding up positions from Technician to Senior Researcher. Since 2014 to 2017 he worked at subsidiary company “Research Institute of Oil&Gas Industry” of NJSC “Naftogaz of Ukraine” as Head of Sedimentary Basins Petroleum Potential Studies Department and Deputy Chief of Petroleum Geology Division. Since May 2017 to present day he works at U.B. Seismic Ukraine.

Main working directions: petroleum geology, tectonics, exploration problems and resources assessment of conventional and unconventional hydrocarbons. Recently Kostiantyn was engaged in project planning for hydrocarbon exploration, evaluation of potential prospects for licensing, etc. He is an author and co-author of 2 monographs, more than 30 scientific papers and more than 45 industrial reports. He is a co-author of the meso-scale regional structural and geological maps set of the Dnieper-Donets basin and the series of geological depth-slice maps of that basin.